Andy Warhol ...From the Beginning and Back

Gallery opening hours:
Thuesdays - Fridays 12.00 noon - 5.00 pm,
Saturdays - Sundays 12.00 noon - 4.00 pm
Andy Warhol Museum of Modern Art in Medzilaborce in Slovak Republic and BWA SOKÓŁ Gallery of Contemporary Art in Nowy Sącz would like to invite you to the opening of the exhibition of the most outstanding pop-art artist - Andy Warhol.

Between ethics and esthetics

Beauty and good are constitutive values of our world. Beauty is a paradigm value for esthetics, whereas good is the same for ethics. Over the centuries the relationship between them has been interpreted in various ways.

For ancient Greeks, mostly because of Plato, beauty and good were inseparable. The ideal of kalos kagathos permeated the Greek views of the world. In Plato’s Symposium, asked by Socrates about beauty and seeing uncertainty in his face, Diotima replaces it without hesitation with good, since on the level of ideas Good and Beauty merge. But Plato also criticizes poetry (domain of beauty) because it refers to feelings, not to intellect – and therefore it is dangerous for good life and he even wants to remove it from his ideal state. Kant clearly distinguishes between the order of good and the order of beauty. Good becomes a correlation of obligation, whereas beauty becomes an object of disinterested contemplation. For Schiller, esthetic education, as elevating, becomes a way to moral life. On the other hand, 20th century philosophers, such as Wittgenstein, Welsch or Shusterman advocate unity of ethics and esthetics. 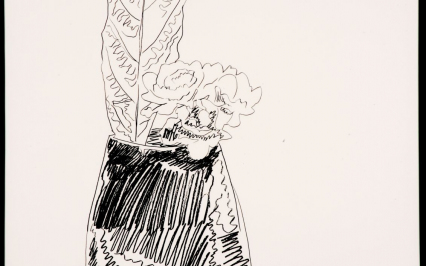 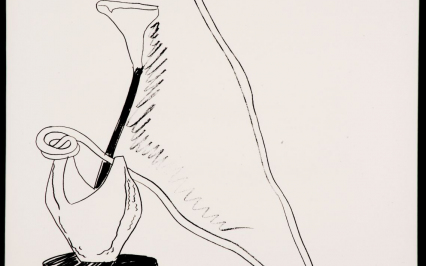 The most representative trends of the 20th century art shifted the stress from the esthetical to the ethical. Since, starting with Duchamp, an artist began to decide what art is, beauty has no longer mattered. It has been degraded to an inferior role: artists stopped creating because of beauty and art recipients stopped looking for beauty in works of art. Moral reaction to a work of art has become more frequent than esthetic reaction. Indignation, disapproval, disgust – typical reactions to a large part of contemporary art were marked morally rather than esthetically. Art has gradually become more involved and focused on acting rather than contemplating. Contemplation of beauty was replaced by excitement, which etymologically refers to such concepts as “encouragement”, “incentive” or “stimulation”.

Presenting the works of the most outstanding pop artist, Andy Warhol at BWA Sokół Gallery, we would like to ask about the place occupied by his art in this ethical-esthetical spectrum.

Warhol’s art could only be born in America – a cradle of pragmatism, a trend in which actions precedes thinking and activity replaces contemplation. In one of the interviews, Warhol stated that in his art he feels a representative of the USA and that in Europe he would definitely be doing something different. Once he also said that Americans are characterized by buying rather than thinking. He was a man of his time; a child of American pragmatism. Warhol, being a true American, was a man of action; not only an artist, but also an entrepreneur who consciously managed his career. “Business is the most fascinating of all arts” – he once confessed. 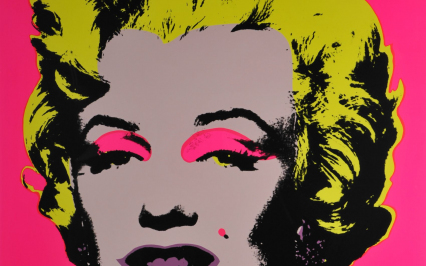 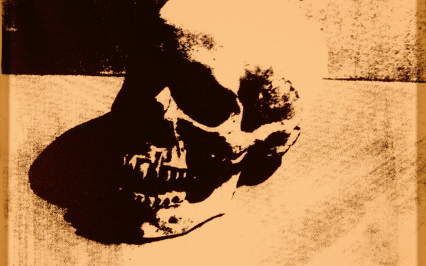 Warhol was a successor of Duchamp, who, like his predecessor, expanded the boundaries of art (or even left the area of art altogether) introducing a large number of pop-culture products rather than everyday objects. Piotr Krakowski emphasizes that “the expressive values of pop-art lie, at least this is what we can find in its assumptions, outside the categories of art”. Baudrillard adds that “Warhol freed us from esthetics and art ...” There is no doubt that Warhol paved the way for G. Dickie’s institutional concept of art, which claims that art – for classification purposes – is everything a representative of art places in a particular institution.

Warhol democratized art and made it popular – easy to understand by an average person, though not for all connoisseurs and critics. He accounted for the fact that an artist was no longer seen as a demiurge, but a consumer of Campbell soup, Kellog cornflakes, Heinz ketchup, Brillo cloth user as well as a fan of Marilyn Monroe and Elvis Presley. Even though he pretended to be an impartial observer, he placed himself inside this world – he was a Bacchic Dionysus rather than contemplating Apollo. He created himself as a product of pop culture. His art and life were inseparable. This lack of distance might have prevented him from making clear judgments on American reality and from becoming a critic of consumerism. 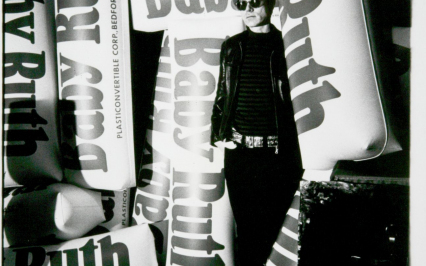 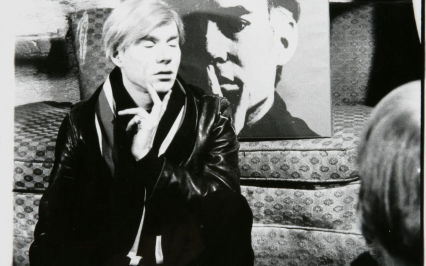 Many critics believe that for Warhol beauty no longer mattered when it was unprofitable. He painted what he liked, what gave him pleasure: and he liked Campbell soup, money and celebrities (with whose light he shone). He perceived America through omnipresent consumption, and America saw its image in his works. Did Americans become better thanks to Warhol’s art? I doubt it. Beauty was not replaced with moral good, but with pleasure enhanced by neo-pragmatists as a value improving quality of our life. Warhol’s art seems to be located between what is beautiful and what is good.

Warhol’s works of art are nevertheless important because they show one of the breakthrough moments in the 20th century art. Even though Warhol was not a forerunner of pop-art, he became its icon. And this would be a sufficient reason for devoting our attention to him. The exhibition at BWA Gallery in Nowy Sącz provides a perfect opportunity for this.
BWA SOKOL Gallery of Contemporary Art

Andy Warhol... From the Beginning and Back - opening of the exhibition